It's all about the listening experience.

The way the stereo is placed can significantly affect the sound field. Here's how to create the best sound field in space:

For more detailed and accurate effect, you can even point the mediant and treble drivers at the ear level.

​Basically, the front end of the speaker is toe-in and slightly twisted toward the center, facing the audience.

If the speaker cannot be placed in the position mentioned above due to space limitation, you do not need to worry too much.

The most important thing is left-right symmetry, which can achieve accurate sound positioning and good sound field.

The best distance between the speaker and the listener is 1 to 2 meters!

Too close will cause phase problems; too far will cause volume attenuation problems.

In addition, the distance from the wall to the speaker shall be at least 10cm.

The closer the audio to the back wall, the more the bass will show, which can be freely adjusted.

At the same time, you can adjust the bass and treble in time in the SOUNDGIL Cube APP.

The next step is to find the right cushion material, like natural materials. Good cushion materials not only can reduce the impact of vibration, but also make the sound clearer and produce good timbre.

​It is better to choose hard wood as the material, and the recommended wood are Dalbergia odorifera and Rosewood. The suggested thickness is 3 to 5 centimeters.

The recommended thickness is about 1 centimeter.

the softer the sound will be.

Users can adjust it by themselves. If there is no above cushion material, users should avoid putting the stereo on glass, or hollow materials because this would result in sound resonance and muddy effect.

The most fascinating aspect of audio equipment is that you may become an experimenter because different placement methods cushion materials, and even listening time present different music effects.

As far as our small CUBE system is concerned, the volume can be adjusted according to your actual situation. In principle, the sound should be as large as possible, and the music to be played must contain high, medium and low frequency.

The influence of music sources on sound quality

Why is there a high-resolution audio source with a sampling rate exceeding CD and up to 96kHz?

Secondly, because humans do not discern ultrasonic waves like bats, they cannot identify pitches with frequencies as high as 40 kHz. However, if the overtones are generated with a pitch as high as a frequency of 40 kHz, the human ear can feel it even if it cannot recognize it.

The selling point of high-resolution audio source products is to record the ultra-high-frequency overtones that the human ear can't recognize, but can feel it in the audio source, so as to improve the quality of music.

(Excerpt from "Science and Practice of Sound Reproduction", by Kazuhiro Nakamura)

How much do you know about the history of horn speakers?

Sarah McLachlan is well-known for singing the movie "X Lover" episode "Angel", and let the world know her with a clear and sweet sub-soprano; the success of this Canadian creative talent is not accidental. She has received a wealth of music education since she was a child, guitar and piano. She has accumulated a lot of creative energy. She has won the Grammy Award three times and the Juno Award eight times. Sarah is not complacent about it, and she has even initiated the Lilith Fair for the female singer-songwriter music festival. Actively run in public welfare activities.

Sarah McLachlan's gentle, soft and fresh and refined voice, transmitted through the speakers of SOUNDGIL, highlights the clearness and transparency of the human voice, making people clean all their tiredness, as if they are in the clouds.
Classic: Sarah McLachlan 〈Angel〉
"In the arms of the angel..." Through Sarah's perfect interpretation, the clean and ethereal voice filled "Angel" with a light but strong sadness.

The lyrics gently interpret the struggles of drug addicts. The pace is slow and sad, but with a warm aura, it leisurely tells the tortuous psychological process of drug addicts. Because hoping to save the soul from suffering temporarily through forgetting,  choosing to take drugs.

All the narration through songs is so natural that people can't help but feel compassion; but Sarah hopes to awaken addicts with singing. Such forgetting is short-lived. , There must be sorrow in life, learning to embrace sorrow can truly escape the pain.
"Angel" was included in the album "Surfacing" released by Sarah McLachlan in 1997. Sarah wrote the lyrics and music. It was later selected as an episode of the 1998 movie "City Of Angels". It is more well-known, but it is not a movie volume. The songs created by the body can warm the sad heart with the same melody.

Pink Floyd started out in London, UK. Formed over five decades ago, the band is known for its experimental and conceptual style. Then taking the music industry by storm with its 250 million records sales across the globe, Pink Floyd has a status on a par with The Beatles, for the rock and roll music fans.

In the early days of the music industry, Pink Floyd started with psychedelic rock and roll music and later received international acclaim with their progressive music. Pink Floyd portrayed the social conditions at the time and presented the dark side of the society with music to provide catharsis. Pink Floyd brought on a perfect fusion of music and life, thus becoming an epochal canon in popular music.

Along the way, the band went through turbulence, break-ups and make-ups. In their later years, the band members focused on releasing solo albums. Nevertheless, Pink Floyd has made a solid benchmark in the history of popular music and repeatedly shaken and energized the music industry.

“Wish You Were Here”

Pink Floyd created the album, “Wish You Were Here”, in tribute to Syd Barrett, who at one point led Pink Floyd from an underground band to the mainstream, but left the band due to drug addiction. It was Syd who brought the band in its early phase to psychedelic infusion.

Its previous album, “Dark Side of the Moon”, achieved much commercial and artistic success and subsequently gave the band members a taste of fame. The long-standing creative tension between David Gilmour and Roger Waters started to grow about that time. So in the beginning of the album production, band members were all half-hearted about it, lacking mutual understanding and communication. Then Syd Barrett as a member that had left the band paid a surprise visit which turned the band around, and as a result, the album was saturated with reminiscing sentiments for Syd Barrett.

The eponymous song, “Wish You Were Here”, has a ballad-like melody coupled with elegant yet easy-to-comprehend lyrics, carrying a touch of sorrow and reminiscence. Embedded in the song are memories, questions and epiphanies on life, leaving one overwhelmed and filled with emotions. 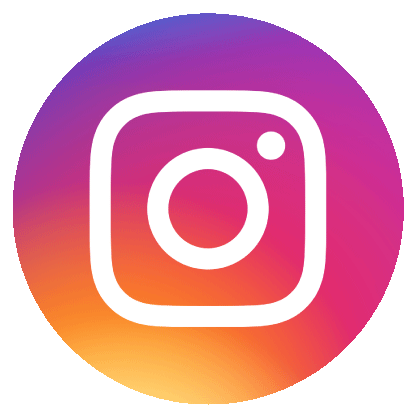